Born Nomathamsanqa Treatie Mkwananzi in the city of Bulawayo, Zimbabwe’s melting pot of arts and culture, the multi-talented Noma fell in love with the Arts at a tender age. A proven singer, dancer, actress and composer par excellence who is set for greater heights started performing at the age of seven. And as a sign of what was to come, her first major role at the age of seven was as an extra in the movie Power of One, starring iconic Hollywood actor Morgan Freeman and Zimbabwe’s Alois Moyo, and from there she never looked back.

At 19 (2002) she went to a school of arts where she learnt more about performing Arts and later that year she toured UK with Zimbabwe’s number one poet Albert Nyathi and Imbongi, performing in festivals like WOMAD and Africa Oye, among others. Noma’s journey continued as she toured Europe in years to come, this time with a Theatre Production at festivals like Zrada, Fringe, Afrika Tage, Kasumama, and Shakespeare until 2006 when she auditioned for Mother Africa Circus. She continued to tour the world, performing in Australia, US, Germany, Singapore, Philippines, Germany, Austria (just to name a few) with Mother Africa Circus from 2006 until 2015 as the lead singer and dancer and during that time she met world renowned musician Dolly Parton who happens to be one of her idols who encouraged her to keep going as she was impressed by her performances. In November 2015 she went solo under the name NKWALI, performing her own compositions and covers by different artists and also launched her first acapella album titled Sithokozile. With this album she holds a Zimbabwe Music Award (ZIMA) for best Acapella album in 2016. She has gone on to promote the album performing live in Austria, Germany, Tanzania, Czech Republic and Canada performing at festivals like Afrika Tage Vienna, Kasumama Tubingen Africa fest, Voice mania and many others. Nkwali has performed in various corporate functions and weddings both in Europe and Africa. She has also worked in the blockbuster concert Hollywood in Vienna in 2017 and 2018. She is now back on a European tour with the Mother Africa Circus show as the lead vocalist and dancer scheduled to run until February 2020. She is also working on a new album titled Themba. The song bird also does music and African dance workshops. 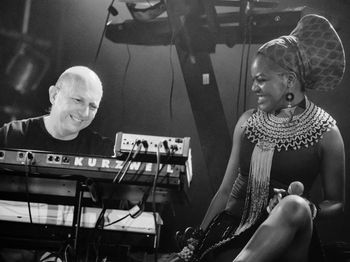 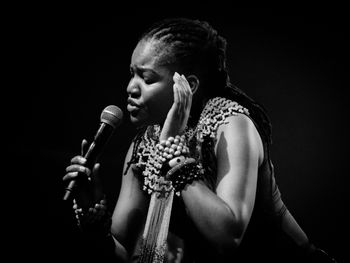 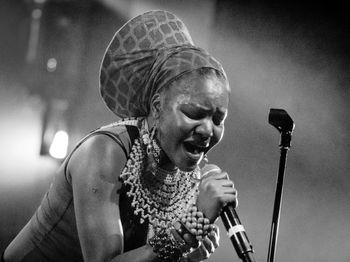 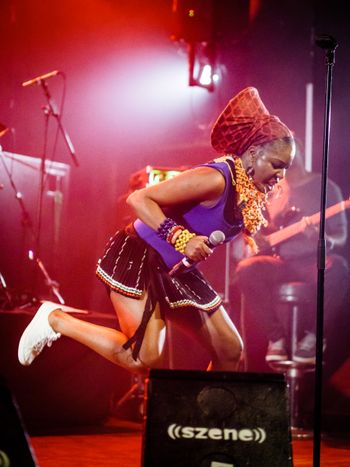 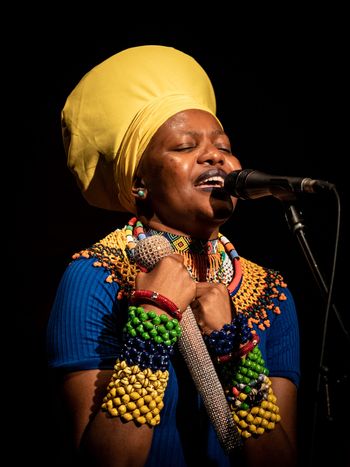 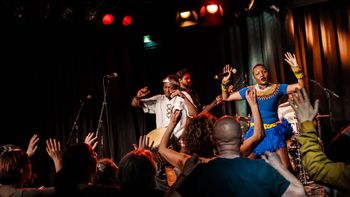 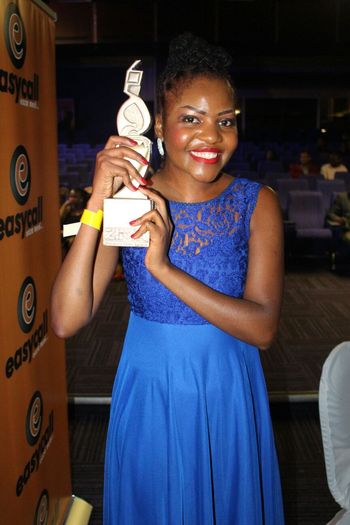 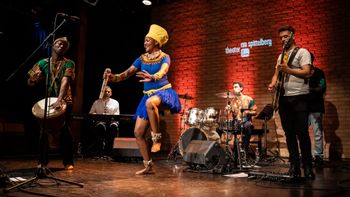 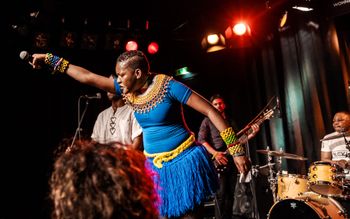 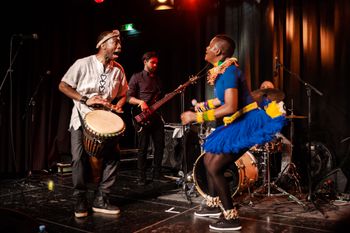 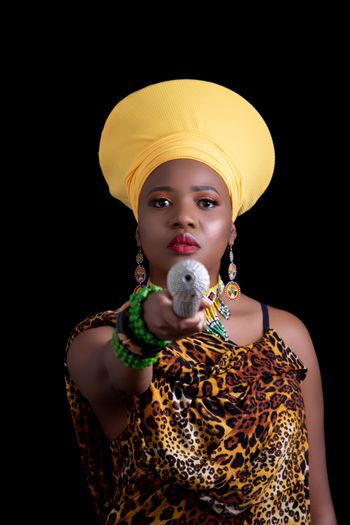 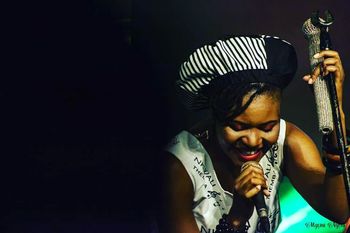 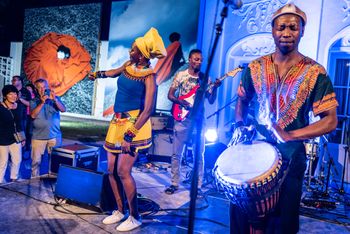 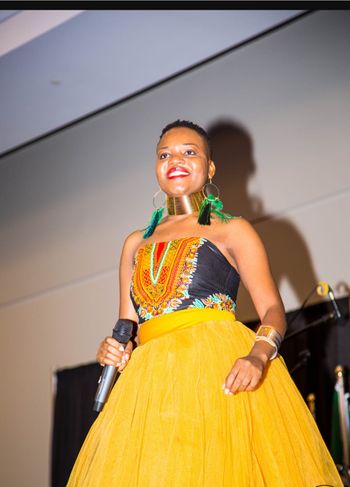 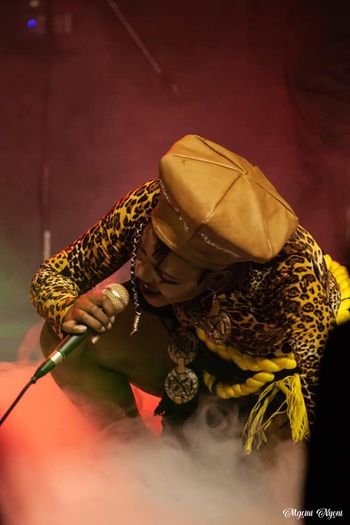 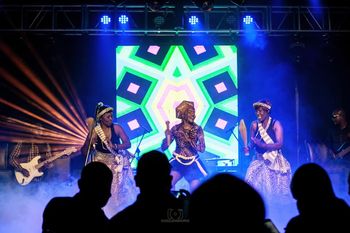 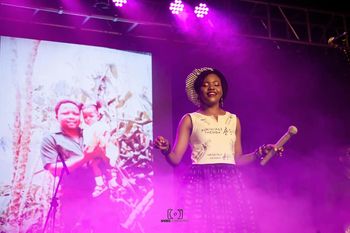 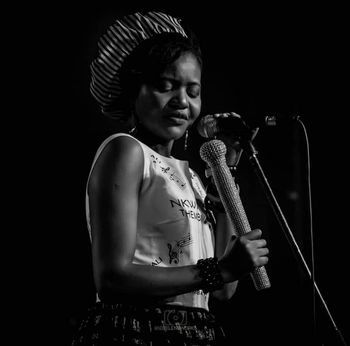 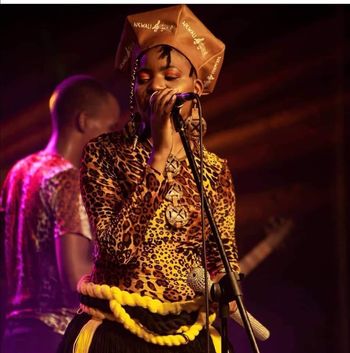 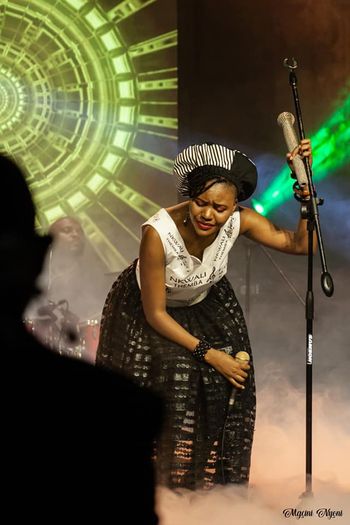 This is Nkwali"s award winning accapella Album Sithokozile.It is available in all online music stores.